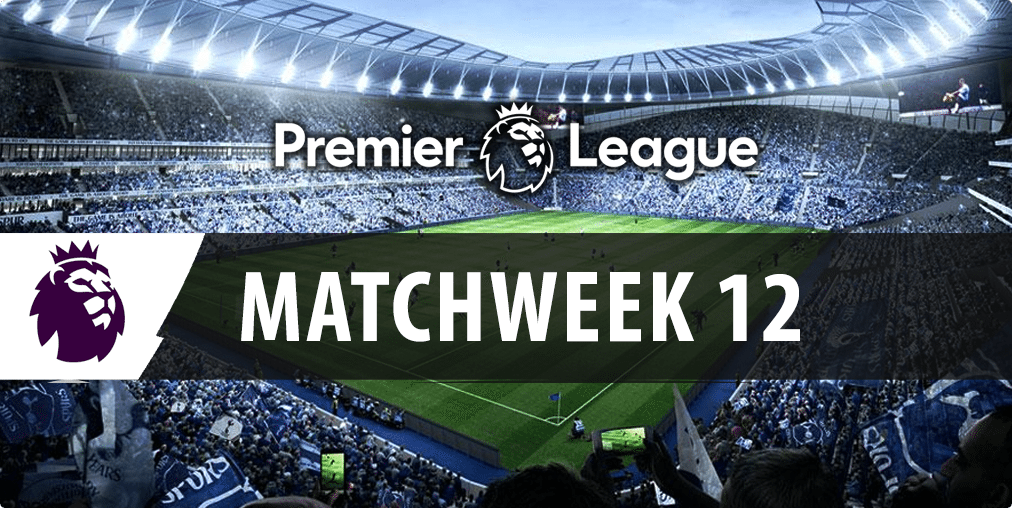 THE international break is over and not a moment too soon.

Not only did we have substandard international football to endure last weekend, but the injuries that occurred to key players put a sour note on what was a Premier League-free period.

Never fear though EPL fans, there is not another international break until March of 2017.

On to this week however, and there are plenty of exciting matches taking place in the 12th week of action.

Arsenal and Manchester United clash at Old Trafford, Chelsea face a tricky away trip to Middlesbrough, while City travel to London to face Crystal Palace in a difficult match-up for the title favourites.

All odds for the 12th week of the English Premier League season were provided by Sportsbet.com.au, who is offering punters a fantastic inducement for those yet to sign up.

Selections for the Week 12 EPL multi:

Chelsea to win against Middlesbrough ($1.50)

A huge matchup between two of the English Premier League’s glamour kicks off the footballing action after the international break as Manchester United host Arsenal at Old Trafford.

After an ordinary period which saw them fall from title contenders to $19 chances at Sportsbet.com.au for EPL trophy, Manchester United looked to have turned a corner.

The Red Devils recorded an impressive 3-1 away win at Swansea to snap a winless period that stretched back to September.

Arsenal has been one of the better performing teams in the competition, but after drawing last week against an undermanned Spurs, compounded by injuries to important players Hector Bellerin and Santi Cazorla – we are worried what lies ahead.

Manchester United manager Jose Mourinho has never lost to Arsenal and we are not expecting that trend to end here.

The Red Devils should make it two wins in a row for the first since the beginning of the season.

Manchester City has faltered in recent rounds after looking to be tear away leaders for the title, dropping points to Everton, Middlesbrough and Tottenham.

Pep Guardiola’s men get the perfect opportunity to bounce back against a team they have dominated in recent times.

The Sky Blues have won seven of the last eight matches between the sides and have kept a clean sheet against the Eagles in five of their last six matches.

Crystal Palace to score no goals is at the $2.40 quote at Sportsbet.com.au.

We are having a hard time forming an argument as to why Manchester City will not make it eight from their last nine against the Eagles.

City should sweep aside Palace.

A London derby awaits two of the traditional teams of the English Premier League as Tottenham host West Ham at the Lane.

Spurs have been terrific after a shaky start to the season, but their resolve will be tested this week given the amount of injuries they have accrued over the last month.

Toby Alderweireld (knee), Erik Lamela (hip) and Ben Davies (ankle) have been ruled out for Tottenham Hotspur and Dele Alli (knee) is doubtful.

In positive news, Christian Eriksen, Danny Rose and high-priced import Vincent Janssen will all be available to play.

West Ham has struggled over the last three rounds after some optimistic football. The Hammers have just one point from their last three outings against weaker opposition.

Their Sunday morning opponent is much more formidable.

West Ham has won just once in their last 14 visits to White Hart Lane in all competitions, and we are not expecting the Hammers to improve that record.

Spurs should win comfortably against an underperforming West Ham outfit.

An interesting match between a current powerhouse of the Premier League Chelsea and a former glamour club in Middlesbrough rounds out our multi this week in the early hours of Monday.

Middlesbrough’s style of play has been a source of frustration for the bigger teams this year. The borough have toughed out draws against Manchester United and Arsenal.

Chelsea will be a different proposition to those sides however, given the current vein of form they are in.

The Blues have scored 11 goals from their last three matches and have not conceded a goal in that timeframe. To compound matters, their record over their Monday morning opponents is imposing to say the least.

Chelsea has been beaten only twice in their last 17 Premier League matches against Middlesbrough in an incredible run that stretches back ten years.

We are not expecting an upset here. The Blues should finish off our multi in style.

After an agonising international break which saw all the big leagues around the world sit on the pine we are finally back on the field, which is great news for those who like to add multiple legs to their soccer multis.

Thankfully this weekend the bookmakers are coming to the party and offering a huge amount of promotions and money back specials for the 12th week of Premier League action.

Throw a four or more legged multi on at Sportsbet.com.au this weekend across any football competition and if your parlay goes down by one leg you will get your stake back up to $50.

Place a bet on the score between the Manchester United and Arsenal this weekend, and if your team wins but you do not nail the score you will get your cash back up to $50.