THE Bledisloe Cup is a rugby union competition held within the Rugby Championship every year in August.

It is contested between the New Zealand All Blacks and the Australian Wallabies and is a series steeped in tradition, meaning there is genuine interest in this clash from a punting perspective.

Bledisloe Cup games are played between New Zealand and Australia, despite the fact it is played throughout the Rugby Championship, which also involves South Africa and the recently introduced Argentina.

Betting on the Bledisloe Cup is available at all our recommended bookmakers. 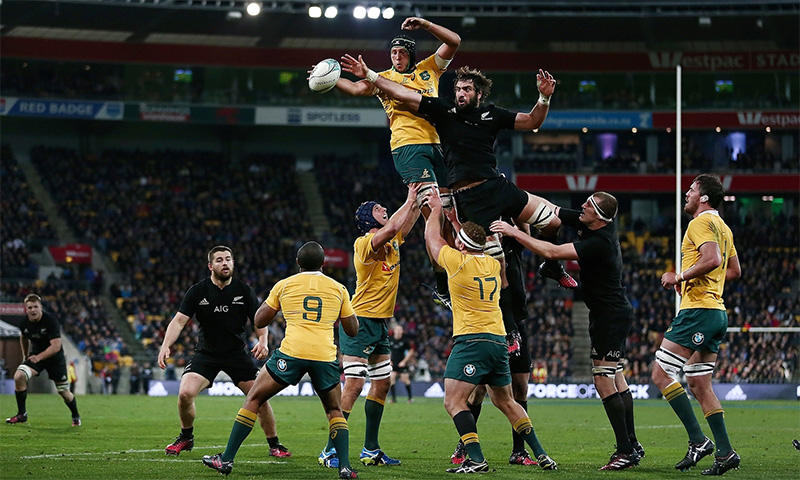 The official start date of the Bledisloe Cup is unknown, but it is now an annual competition between the two sides and only one game has been played outside New Zealand or Australia — in 2009 when it was played in Tokyo.

Since 1996, the Bledisloe Cup has been played during the Tri Nations tournament involving South Africa and it featured a three-game schedule, but the 2015 edition will feature only two games.

This format heavily favours to holder of the trophy, which has come under heavy scrutiny, as the challenging team must win both an away and a home game.

The last time the two-game format was used was in 2007 where New Zealand won the second game 26-12, ensuring they won the trophy as the current holders.

The system was then changed back to a three-game schedule, but the All Blacks continued their winning way and they have now won the past 12 Bledisloe Cups.

The 2015 edition will be played over a two-game format, with the first Test starting on August 8 at ANZ Stadium in Sydney.

Australia isn’t expected to win the Cup this year and they are currently paying $5 to win the Rugby Championship competition.

The last time Australia won the Bledisloe Cup was in 2002 where they won the second game in Sydney by 16-14, giving them four straight series victories.

The last time the All Blacks played the Wallabies at ANZ Stadium, the two teams fought out a 12-12 draw. The series then went to the fortress that is Eden Park where the All Blacks ran away winners 51-20.

New Zealand edged Australia out in the third game 29-28 and it sets up the 2015 season beautifully.

New Zealand are the current favourites to win the Bledisloe Cup, mostly because of the two-game schedule, but they have plenty of injury concerns to worry about in 2015.

The World Cup is taking plenty of attention in the rugby world this season, but the Bledisloe Cup promises to be an exciting clash between two of the best rugby teams in the world.

New Zealand has won the Cup on 43 occasions with Australia winning only 12 times, and this has propelled New Zealand to be one of the most popular backed teams with bookmakers.

The All Blacks are one of the winningest teams in world competition history and punters flock to back the men in black every year.

They are currently $1.95 to win the Rugby Championship and their Bledisloe Cup odds will be slightly shorter. They have to win only one of the two games, making it very tough for Australia to win.

Punters can bet on a wide variety of betting options with the most popular being head-to-head, points start and first try scorer markets.

Other markets include ‘winning team and margin’ where punters must select either -12 or 13+. If you select -12 then your selected team must win the game by no more than 12 points. Alternatively, if you select 13+, then your side must win by 13 points or more.

There are plenty of Bledisloe Cup exotic options to bet on. Some of the more bizarre are ‘first stoppage in play’ where bettors select how the first break in play will occur.

There are seven possibilities for this option and the market will look as follows:

The most popular option is the lineout as most teams kick the ball as soon as they field the kickoff, but the scrum has become increasingly popular with bettors.

Highest scoring half, winning margin spread and first team to score are all examples of other exotic bets.

Closer to game time, bookmakers will release special player performance markets which focus on the odds surrounding a handful of selected players. 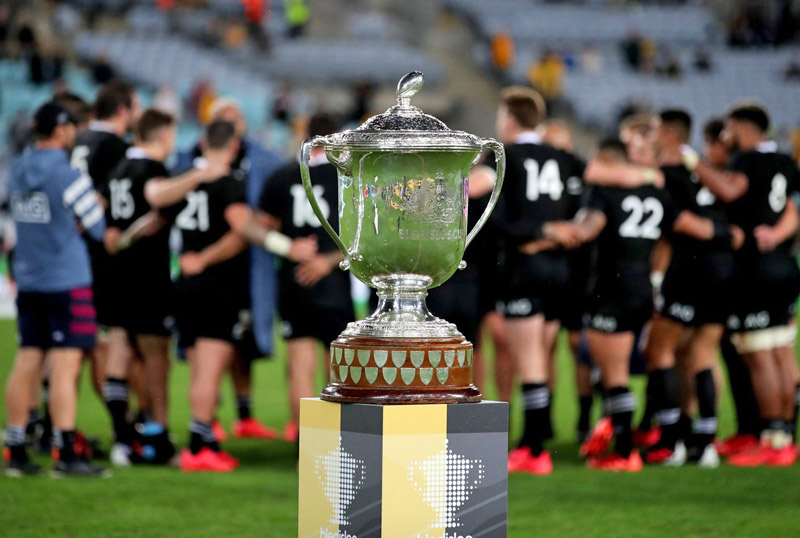 CupsBetting’s rugby tragic has looked into the crystal ball and predicted the line-ups for August’s Bledisloe Cup and come up with the following: