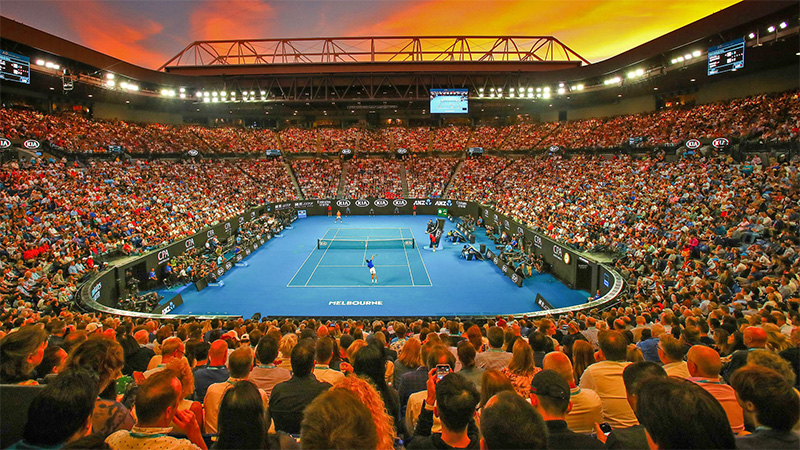 The most popular betting markets for the Australian Open, or any other tennis Grand Slam, include the outright winner, who will face off in the final, head-to-head betting throughout the tournament, handicap betting, set and game betting for individual matches, and special markets such as total games played and total Aces.

Some bookies will offer a cash out option for many tennis betting options, allowing the punter to decide to pull out of their wager early while their bets are live (whether it be a straight wager or a multi wager).

For example, if you placed a $10 bet on Roger Federer to win the Australian Open at $15 odds before the start of the tournament, and he had made it all the way through to the semi finals, however he was nursing an ankle injury, you might be tempted to cash out – and the cash out value could be $100, so rather than wait to see if he wins the final two matches, you could choose to make a $90 profit beforehand.

Conversely, you might have placed a $20 wager on Nick Kyrgios to beat Andy Murray 7–5 in the first set of the Aussie Open, however Murray is currently winning the set 5-3. Kyrgios to win 7–5 is not looking great, so you might be tempted to cash out with a value that could be around $7.70, thus losing $12.30 instead of (most likely) losing the entire $20 bet.

History of male singles winners, runner-ups and score from 1969:

Roy Emerson (AUS) is a notable, multiple Australian Open winner prior to 1969.

History of female singles winners, runner-ups and score from 1969:

Margaret Court is a notable, multiple winner Australian Open winner prior to 1969.

The tournament was not held from 1916 to 1918 because of World War I, and from 1940 to 1945 because of World War II. In 1977, the schedule of the event was changed and this resulted in two events being held in the same year, and in 1986, Tennis Australia desired to move the event to the following January, resulting in no event being held that year.

Here are the current odds (as of mid-July, 2015) for outright winners of the 2016 Australian Open Men’s and Ladies’ Singles events. All odds are courtesy of www.Sportsbet.com.au.

Other events which take place during the tournament, and which punters can bet on, include: the men’s doubles, women’s doubles, mixed doubles, junior events and wheelchair events.

Best sports bookmakers to bet with for the Aussie Open

Each of our endorsed bookies are licensed and regulated by their jurisdiction’s gambling authority, offer free bets to loyal customer, a host of other promos and bonuses, and secure online (and mobile) deposit and withdrawals methods in your home currency.