FOR the naysayers who reckon cricket has got boring, we present you the ICC World Twenty20 tournament – also known as the T20 World Cup.

The biggest hitting and fastest scoring batsmen in the world will go head to head with the most miserly seam and slow bowlers on the planet in a test of wills that is sure to produce fireworks on the Indian sub continent. 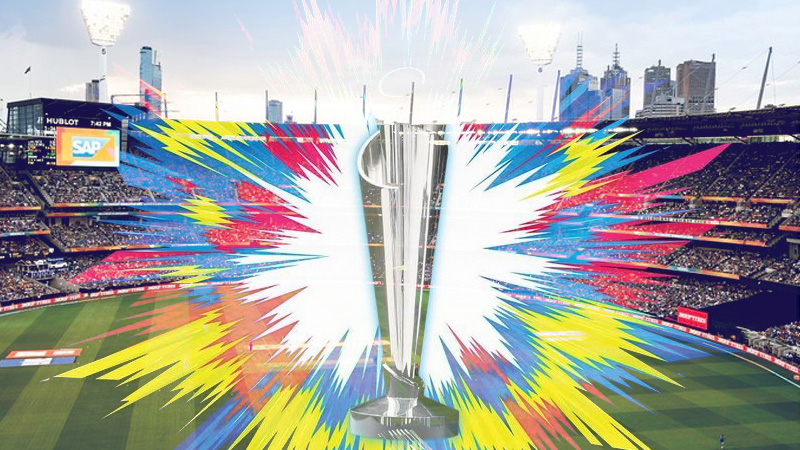 But there will also be some added diversity, with minnows Scotland, Ireland, Hong Kong, the Netherlands, Afghanistan and Oman set to compete.

So the stakes are high for the big guns, with the little men rolling out there with nothing to lose.

You only have to go back to the 2014 tournament to recall upsets galore as fledgling nations the Netherlands, Hong Kong and Ireland recorded wins over far more seasoned opponents.

Hong Kong beat Bangladesh and Ireland knocked over Zimbabwe, but it was the Netherlands’ victory over England that sent shockwaves through world cricket.

Unknowns Barresi (48) and Myburgh put the sword to the world class English bowlers, like Bresnan and Broad, and then Bukhari and van Beek ripped through an English order that featured Hales, Lumb, Ali and Morgan, with three wickets each.

It was Sri Lanka, though that finished the tournament as champions.

They flogged the West Indies in the semi final to set up a date with India, after it accounted for South Africa.

The Indians got 77 off 75 balls from star Kohli, with Sharma hitting 29 at the top, but their 4-130 never quite looked enough as Sri Lankan legend Sangakkara brought them home with 13 balls to spare with an unbeaten 52.

The Australians remarkably won just one of their four group matches and came home with their tails between their legs after losing to Pakistan, the Windies and being embarrassed for just 86 against India.

Things are set to be different this time around.

Enjoying home country advantage and packed with some of the best T20 batsmen in the world, the Indians are favoured to take out the tournament at the odd of $4 with WilliamHill.com.au

The Australians are not far behind at $5, with South African next best at $7.

On the batting front, the South Africans’ master blaster AB de Villiers is the $10 favourite to top the run scoring charts with sportsbet.com.au, sharing favouritism with star Aussie opener David Warner. Indian pair Virat Kohli and Rohit Sharma are both $11, with Aussie captain Steve Smith at $12. West Indian six hitting machine Chris Gayle is $15, with another Indian in Shikhar Dhawan and the Kiwi ace Kane Richardson at the same quote.

Here’s the look at the tournament odds, best bookmakers to bet with and players to watch as the ICC World T20 approaches.