The National Football League, American Football, or gridiron to those outside the United States is the native game of America and arguably the country’s most popular sport.

The first official game of American Football was played on November 6th, 1869 between two college teams Rutgers and Princeton.

These days, most popular cities in the country have a team, and the sports reach extends to a worldwide market, including Australia, where all the major bookmakers offer betting on both the regular season and Super Bowl.

American Football is growing in popularity worldwide, and the online sports betting market is growing to match. This is heavily encouraged by the fact the Superbowl is one of the biggest punting events every year in the USA. There are so many teams, and the regular season is so long new bettors may be overwhelmed at the options available for wagering.

This article aims to break down some of the barriers of becoming successful at wagering on American football by explaining the popular bet types, why value is important when betting on the sport and what the best bookies sites are to on the NFL at.

Why bet on American football?

Sportsfans who already enjoy the sport can understand the fun and enjoyment of placing wagers on games you enjoy. This can greatly enhance the excitement of your favorite games, or earn you more than just bragging rights with your buddies.

American football has a wide array of teams to choose from, ranging from fans with their hard core favorites to the serious sports bettors who follow the odds all season long. Either way, wagering on American Football has a lot to offer sports bettors. While there are office pools and friendly wagers between friends worldwide, online sports books have a lot to offer even the casual bettor.

How to bet on American football

Serious punters may already have a strategy for their wagers. Planning starts at the beginning of the season for the most serious sportsbettors. Following their favorite team’s training strategy, player injuries, even the weather, these bettors can make a good income on these wagers. 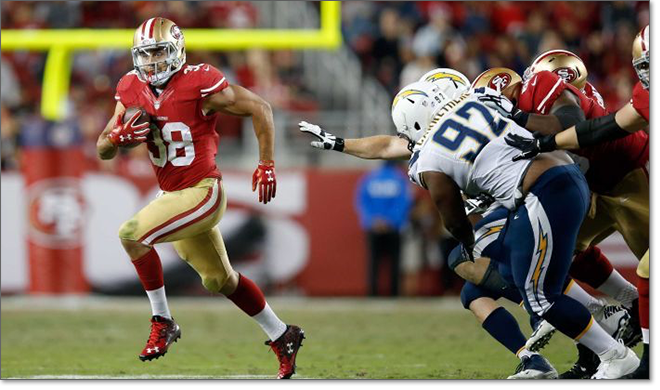 But for the new bettors, how do they know what to wager on? With weekly games it can be overwhelming to know what picks to follow. Many sportsbooks offer teasers, as well as overnight lines, prop bets, and future bets. One of the first things bettors must do is shop for the best value in wagers.

Why Value is Important

When it comes to shopping around for wagers, many will talk about looking for the best value. But why is this line shopping so important? Can it really impact your bottom line?

In short, yes. Though bettors not only need to worry about the price, but also the point spread. Bettors not only need to be able to do the math to see if their the wager is not only likely to win, but be a profitable wager. Not every wager, even if it wins, is enough to bring profit that it earns more than your spent money back. The reduced juice lines are a great way to find good value lines, but aren’t a foolproof method.

Whether you’re a serious punter, or just a casual sports bettor, betting on the American Football including the NFL has a lot to offer. Winning or losing, the wagers make watching your favorite game that much more exciting. And who doesn’t like to fatten their pockets when they win? Bragging rights aside, no matter if you enjoy the serious side of sports betting or you just want to have some fun with the prop bets Football sportsbetting has something to offer every sports fan.

The growing popularity of the Super Bowl worldwide means there is more Interest in betting on the NFL than ever; every big online sports betting site has markets up for both the regular season of the NFL and the playoffs.

Betting sites like William Hill (which pushes into some North American places), Bet365, Bodog (Canada only), Bodog88 (Asia) and Bet365 (accepts bettors from more than 200 countries) have extensive betting options on games, including in-play betting.

Towards the top of this page you will see a bookies table titled “Best NFL bookies”. This table is geo targeted to your location and only shows the sites that you eligible to sign up at.

Keep in mind not every site that accepts people from your jurisdiction will have the ability to display your balance in your home countries currency. An example being 5Dimes which only displays customers funds in USD. You can view the currencies catered for at each individual bookie in their review, also accessible from the table above.

When it comes to betting on the National Football League, it can be a minefield going through the multitude of markets on offer. Fortunately we have gone through all the markets for punters and highlighted exactly what they are and how to bet on them.

Best places to invest on the NFL

When it comes to punting on the American Football, it would be prudent not to look past Sportsbet.com.au.

Sportsbet has futures markets before the incumbent season is completed, comprehensive markets on all the regular season games and specials throughout the year.

Bet365.com.au may be a bookmaker based in the United Kingdom but that does not mean they have neglected America’s national sport.

They may be an English bookmaking giant, but that does not mean WilliamHill.com.au have neglected America’s favourite sport.