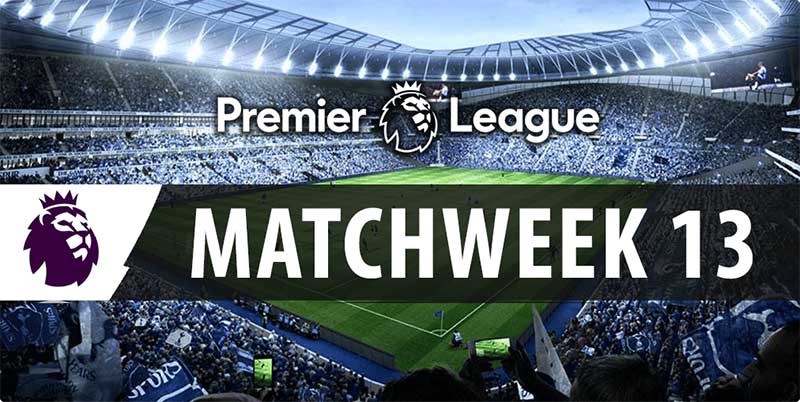 AFTER three months of Premier League action we’re starting to hit the hectic period of the schedule where teams begin to play multiple games in a single week.

Punters were stung last week by a few upsets and unpredictable draws which threw a spanner in the works of all our bankable multis.

Jose Mourinho maintained his incredible unbeaten record against Arsenal after Manchester United recorded a 1-1 draw, Liverpool’s amazing winning run came to an end in a scoreless draw against Southampton, while Chelsea maintained its lead at the top of the table after getting past Middlesbrough.

This week we’re looking at a rock-solid multi that will provide a nice dividend for our readers.

All odds for the 13th week of the English Premier League season were provided by Sportsbet.com.au, which is offering punters a fantastic inducement for those yet to sign up.

Arsenal to win against Bournemouth ($1.33)

Manchester City travel to the Turf Moor to face the struggling Burnley in this David vs. Goliath battle.

Manchester City bounced back to within one point of league leaders Chelsea after recording a comfortable 2-1 victory over the Eagles at Selhurst Park.

Burnley’s wonderful month of football, which saw them record wins over Crystal Palace, Everton and a draw over Manchester United, came to a disappointing end last week as the Clarets lost 4-0 to bottom half battlers West Brom.

The Sky Blues have won eight and lost just once in the last 14 meetings between the two sides, and we think they should have minimal problems getting past the Clarets to kick off our multi.

The second game of our Premier League multi sees the Reds of Liverpool hosting the Black Cats of Sunderland.

Liverpool is one of the hottest teams in the Premier League right now. Despite being held to a 0-0 draw against Southampton last week, the Reds are one of the most prolific scoring teams in the competition.

After an opening period to the season where it looked like relegation would be a formality, Sunderland did what Sunderland does – it found a way to get points.

The Black Cats recorded back-to-back wins for the first time this season and will be looking to make it a hattrick of wins away at Anfield.

Only problem is, Sunderland has never won a Premier League fixture at Anfield.

We are not expecting that trend to break. Liverpool should sweep the Black Cats aside to keep our multi rolling.

An all London affair awaits Premier League fans in the early hours of Sunday morning as Chelsea and Tottenham tackle one another at the bridge.

Chelsea is flying right now. The Blues sit at the top of the Premier League table after recording six straight wins.

Tottenham has had an indifferent campaign so far but their sensational come from behind win against West Ham last weekend could provide the Spurs the momentum to surge towards the top four.

Chelsea has dominated Tottenham in recent times. The Blues have lost just once to the Spurs since April of 2010.

We are backing the Blues to maintain their winning streak.

Final game of the multi this week is another London game as Arsenal host Bournemouth in the English capital.

Arsenal is looking to maintain its position within the top four after failing to win in their last two outings.

The Gunners are looking to continue a great stretch against the Cherries which has seen them win their last three matchups. In that period they have scored seven goals while conceding zero.

We are backing the Gunners to get their names back on the winners list to round out our multi in style.

There is plenty of football action to choose from this weekend, so why not take advantage of the bookmakers who are prepared to offer some insurance.

For those who are sick of going down by one leg never fear, the betting agencies have responded and provided punters some peace of mind heading into the weekend.

Place a bet on the correct score market on the London derby between Chelsea and Tottenham and if your team wins but you do not nail the score you will get your cash back up to $50.