Deprecated: Redux::setHelpSidebar is deprecated since version Redux 4.3! Use Redux::set_help_sidebar( $opt_name, $content ) instead. in /home/safebookies/public_html/wp-includes/functions.php on line 5323
 Picking winners in the round 21 Premier League multi bet 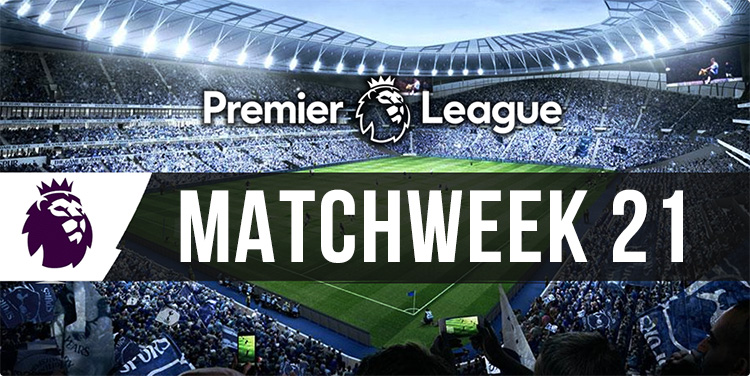 FOR the first time in a month there is hope for the teams chasing the English Premier League title – Chelsea have proven to be beatable.

The Blues remain the $1.72 favourites for the title at Sportsbet.com.au, but they were comprehensively outplayed by the Spurs on Thursday morning. For just the second time this season, Chelsea failed to score, getting just two shots on target.

The only problem for the challengers was, they failed to bridge the gap to the full extent.

Second-placed Liverpool ($6 second favourites for the title at Sportsbet.com.au) drew 2-2 alongside Sunderland while the then third-placed Gunners ($15 at Sportsbet.com.au for the EPL title) drew 3-3 at Bournemouth to drop down to fifth.

It is all to play for as we enter the second half of the Premier League season.

All odds for the 21st week of the English Premier League season were provided by Sportsbet.com.au, which is offering punters a fantastic carrot for those yet to sign up.

Manchester City to win against Everton ($1.91)

The giant-killing Tottenham face the dangerous West Brom in a battle that could define the Spurs’ title ambitions.

The Spurs roared back into title consideration after a sensational 2-0 victory over Chelsea on Thursday morning. It was a  professional display which breathed life into the EPL title race.

Perennially-known as cellar dwellers in the Premier League, West Brom have been occupying the top half of the table for most of the season. A win against the Spurs away from home would be their third straight win and give them a legitimate hope of playing European football.

It seems like a pipe-dream to beat Tottenham at this stage however. The Spurs should be far too strong for the Baggies.

Arsenal is in dire need of a win to keep in Champions League contention, while Swansea need to continue to amass points if they are to avoid relegation. The second leg of our multi looks to be a cracker.

The Gunners last week were lucky to escape from Bournemouth unscathed after drawing 3-3 alongside the Cherries. Arsenal at one stage trailed 3-0 but managed to salvage a point from what could have been an absolute disastrous trip to the English coastline.

Swansea secured a vital away win against Crystal Palace over the weekend. The victory moved the Swans within one point of the 17th placed Eagles.

Despite the win, Swansea is still $1.45 second favourite at Sportsbet.com.au to be relegated this season.

This is a must-win game for both sides but we are favouring Arsenal. They will not come into this match complacent like they did last week and should easily account for Swansea.

A blue battle awaits Premier League fans in the early hours of Sunday morning as Leicester host Chelsea in what could potentially be the passing of the torch from the title holders to the new champions.

The Foxes have won just once since game week 15. Across the last three weeks Leicester have scored just once to compound their woes.

Chelsea’s amazing winning run was snapped at White Hart Lane on Thursday morning. For the first time this season the Blues looked toothless in the attacking third.

Premier League fans only get a short time to savour Chelsea losing because they should bounce back and atone for the defeat against a struggling Foxes outfit.

The Toffees kept their great run in the Premier League going after recording a fantastic 3-0 win over the Saints at home. The victory handed Everton their seventh point from three games.

Manchester City got themselves back on the winners list after a confident 2-1 win over Burnley. City striker Sergio Aguero found the back of the net for the first time since his month long suspension to help his side overcome the Clarets.

Aguero is back and so are City. We are backing the Sky Blues to walk all over Everton at Goodison to finish off our multi in style.