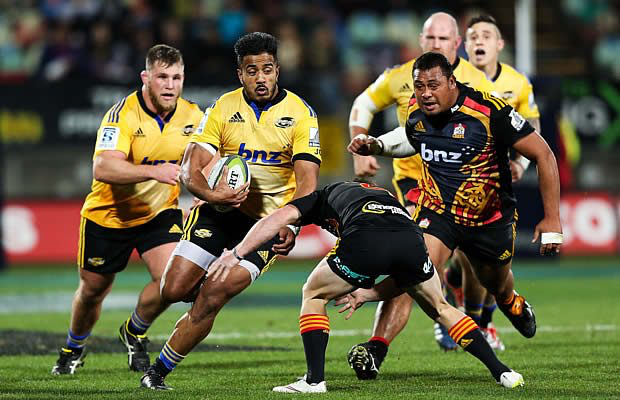 THE world of rugby union hasn’t had a lot of press lately.

Not in my eyes anyway.

Union players are generally well-behaved. When Australian rugby’s idea of a bad boy is James O’Connor, then you know you have a generally good crop of players.

The latest scandal to hit the code was of several Super Rugby Chiefs players getting a little rambunctious at a strip club. That doesn’t really compare to simulated sex acts with canines or pissing on a police car.

So here is a bit of a look at rugby from the outer:

Rugby now the sport of espionage

Bugged rooms and secret meetings – it sounds like the stuff of Cold War paranoia.

But no, this is the state of modern day international rugby apparently.

Before the first Test in Sydney last week, the higher ups in the All Blacks management made accusations that a hotel room they had a team meeting in was bugged.

No one was sure if it was the Wallabies, ASIO or Rupert Murdoch, but there was definitely a bug in the room.

If it was the Wallabies who had the All Blacks’ hotel room wired for sound, it was all for nought because the Wallabies went on to concede their largest home soil defeat, 8-42. That sort of lop-sided score line would suggest it wasn’t the Wallabies that bugged the All Blacks room at all. How could it be them? How could they lose that poorly if they knew what the Kiwi’s were going to throw at them??

Last night the Wallabies were able to reduce the size of their flogging, but still managed to lose 29-9 nonetheless. After the game Wallabies coach Michael Cheika and the ARU launched a formal complaint that All Blacks coach Steve Hansen had a secret meeting with referee Romain Poite.

Hansen came out and angrily denied there was ever a meeting with last night’s ref, Poite. Hansen was outraged that the Wallabies would dare suggest he would ever have a meeting with a referee. Hansen went on to point out his meeting was with assistant referee, Jaco Peyper, not the actual referee, Poite.

WilliamHill.com.au has the Rugby Championship odds looking like this:

The Queensland Reds have worn their fans’ patience down to a nub over the last couple of years.

Ever since Ewen McKenzie threw in the towel on coaching the Reds to take up a very short lived Wallabies coaching career, the Reds seem to have been hell bent on focusing their career trajectory down the toilet.

Sure, some of the die hard fans could crow, “at least we’re not as bad as the Western Force,” but really? Is that something to write home about?

In an effort to revitalise their woeful team, the Queensland Reds management have looked to their state’s competition: the NRL, the AFL, netball and the A-League, in a bid to divine a winning formula.

At first they appear to have ruled out mirroring the success of the Queensland Firebirds and Brisbane Roar, because their sports were far too dissimilar. They also ruled out taking any advice from the Brisbane Lions, because they are a far worse mess than the Reds.

Finally, Reds’ management decided to follow the Brisbane Broncos lead. The Broncos are a successful outfit who constantly feature in the NRL finals.

After efforts were made to mirror the Broncos’ hard-nosed coaching and training and management, it was decided that was too hard. In its place another scheme was born: sign the Broncos.

This hair-brained scheme is coming along in leaps and bounds, first with the signings of Karmichael Hunt and Brad Thorn and this year’s signing of Broncos Caleb Timu and the new signing of Lachlan Maranta gets the Reds closer than ever to being the Broncos.

There are rumours the Reds will next season be encouraging their fans to chant “Let’s go Broncos” at home games. Darren Lockyer is also in talks to come on as an ambassador for the Reds as well.