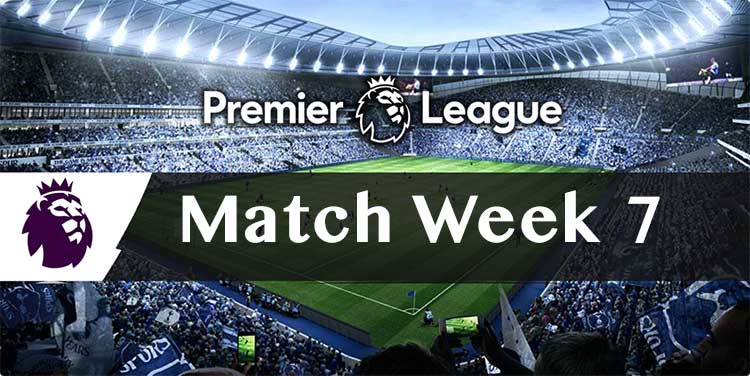 AFTER a riveting 2015/16 campaign that kept us guessing right into the final game week of the season, the 2016/17 Premier League season looks to be a battle between England’s heavyweight clubs.

Unfortunately for the impartial observer, it looks like there will not be a fairytale title winner this campaign as the league’s biggest clubs occupy positions one through to six.

Manchester City sit alone at the top of the table after recording a sixth straight win over Swansea away and the Sky Blues are currently at the near unbackable price of $1.67 to win the title at Sportsbet.com.au.

The next best team is Liverpool at $6.50, further highlighting just how lopsided the market is in favour of the blue side of Manchester.

While the title race is all but over in the eyes of some bookies, that doesn’t mean there isn’t plenty of value for punters to find week to week.

Readers last week got a huge $7.96 return on our multi and we believe we have put together a parlay that will net us another strong dividend.

All odds for the seven week of the Premier League season were provided by Sportsbet.com.au.

Selections for the Week 7 EPL multi:

Leicester City to win against Southampton ($2.20)

First match of the week sees the fifth placed Everton hosting the seventh Crystal Palace in the early hours of Saturday morning.

The Toffees had a chance to consolidate their position inside the top-two last week, but they were unable register any points away to Bournemouth.

Crystal Palace were fantastic against Sunderland, and the Eagles were able collect a vital three points after new signing Christian Benteke scored in stoppage time to hand them a 3-2 victory.

Let’s not forget though, Sunderland are anchored to the bottom of the premier league table, and the Eagles really should have secured that win far more comfortably.
The home side need to bounce back if they are to maintain their early season momentum and we think they should have too much class for Crystal Palace, especially in the midfield.

Second leg of the multi looks to be the easiest result to pick this game week.

The Red Devils scored four first half goals to put the result beyond doubt at the half time whistle.

Stoke is enduring the season from hell, and given they have just two points to their name seven weeks into the campaign the Potters are a genuine relegation chance.

Despite their poor start to the season, punters can still get a solid $3.60 at Sportsbet.com.au if they think Stoke will be relegated this season.

We had no trouble selecting a winner for this one, Manchester United should win at least as comfortably as they did last week.

The reigning champions Leicester host the resurgent Southampton at home to keep our multi rolling into a third leg.

The home side are having a horror title defence in the Premier League so far.

The Foxes conceded four first half goals to Manchester United last week to lose horribly to a side that had previously lost their last three matches.

After opening the month without a win to their name Southampton have won two games in a row.

The Saints’ last win was a 3-0 away win over West Ham, arguably their finest victory in the last two years.

The Foxes have been ordinary in the EPL this season but we are expecting their luck to turn this weekend.

We are backing the boys in blue to get their name back on the winner’s sheet.

Title hopefuls Arsenal travel to the Turf Moor to face a side in Burnley who have exceeded expectations so far this season.

Burnley are fresh off an important 2-0 victory over fellow relegation fighters Watford.

Despite sitting 12th on the Premier League table Burnley are still the $1.72 second favoured side to be relegated this season at Sportsbet.com.au.

Arsenal’s season has gone from strength to strength, and after defeating Chelsea at Stamford Bridge for the first time in almost five years the Gunners are just five points adrift of the undefeated Manchester City.

We think this is a formality result waiting to happen and it should be the visiting Gunners who come away victorious to round out our multi in style.

Sportsbet.com.au’s fantastic multi insurance deal continues into the seventh week of Premier League action, so punters will be able to invest in our multi knowing if one leg fails they will not be out of pocket.

Looking to place a correct score bet on this weekend’s Liverpool vs. Swansea match up? Sportsbet has the deal for you.

Place a correct bet on Saturday night’s match between the Reds and the Swans and if your selection wins but not by the margin you predicted you get your stake back up to $50.